Lodge Yodel is a small family-run lodge that always welcomes its guests with an at-home atmosphere.
Yukiko, one of the hosts, loves growing vegetables and picking wild ones. She loves growing and picking vegetables, so many dishes with these vegetables will be served at dinner and breakfast.
In our meals, we always serve the most famous and popular brand of rice in Akita, Akitakomachi.
It’s grown by Yukiko’s son in the nearby city of Daisen, and our guests love it.
In addition, we have a few kinds of Hideyoshi brand sake.
This brand is hardly sold in other areas of Japan, but its smooth flavor makes it a very popular brand amongst locals.
Sayaka, another host who loves sake, has chosen several kinds of Hideyoshi sake to recommend to guests.
We would like all of our guests to feel at home in the cozy space and natural hot spring of Lodge Yodel.

We know it looks a little strange to see the word “Yodel” in Tazawako, Akita, but there’s a story behind this name.
For a long time, the Takahashi family have been rice farmers in Akita. In 1971, Chikara Takahashi began work as a wintertime ski instructor in Niigata Prefecture. The ski school he belonged to was named “Akakura Yodel Ski School,” and it became a second home for him. “Akakura Ski School” and his time there served as a foundation for his skiing and teaching skills. 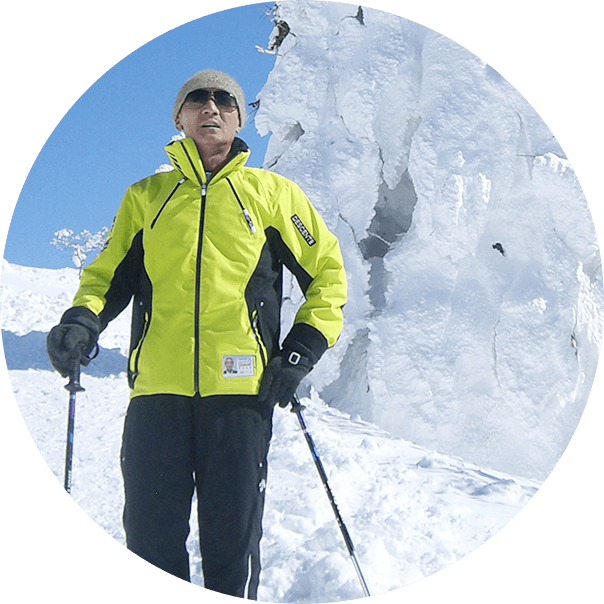 Then, Chikara married Yukiko and, in 1979, decided to found his own ski school in Akita named “Tazawako Yodel Ski School.” Eight years later, Chikara and Yukiko started an inn in the Mizusawa Hot Spring Village, which they named “Lodge Yodel,” same as their ski school.
We suppose the name “Yodel” sounds like something from the snowy peaks of Switzerland or Austria, but it actually has nothing to do with those countries. All of our guest rooms are in the traditional Japanese style, including tatami floors. Still, “Yodel” is a name full of meaning for Chikara and Yukiko. 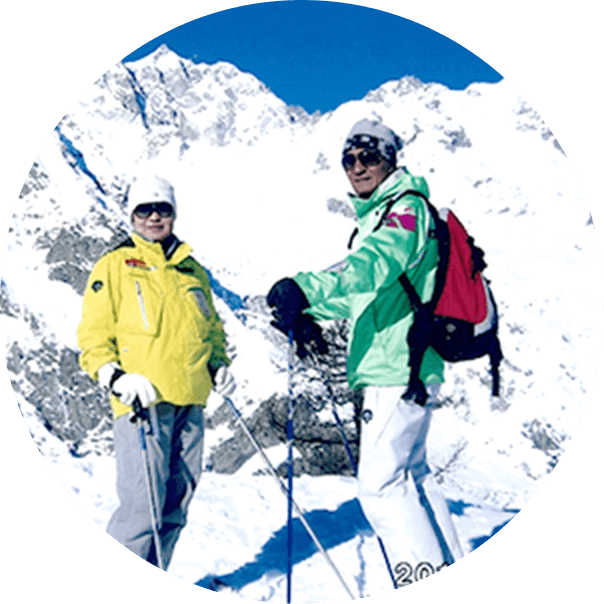 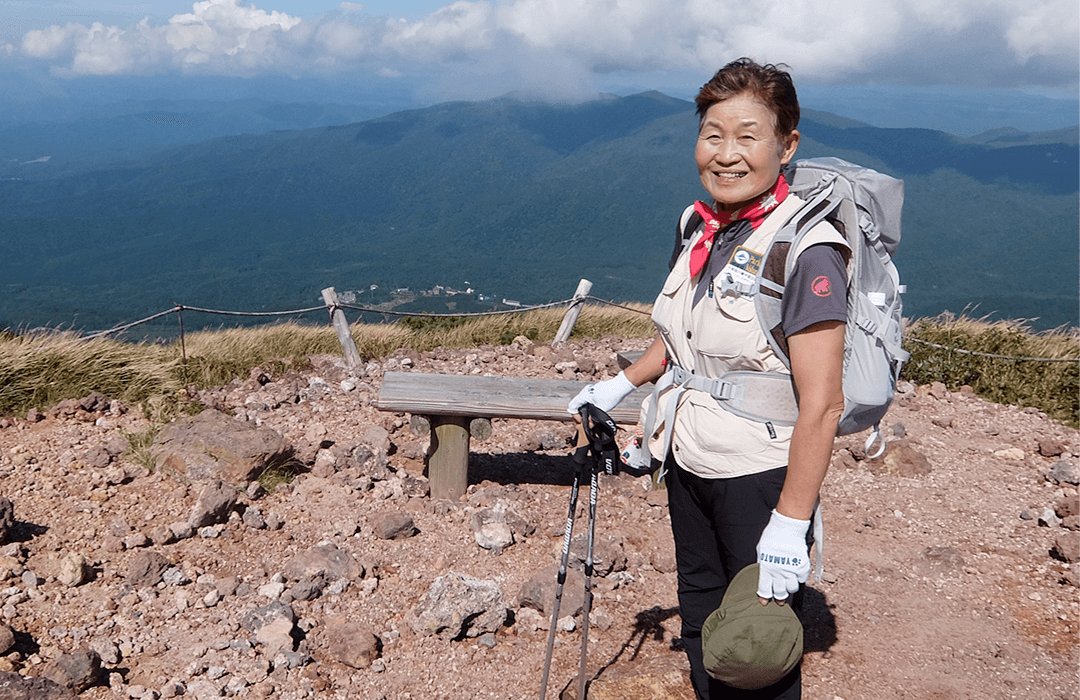 She loves vegetables. She keeps herself busy growing too many kinds of vegetables and picking even more wild ones.
Yukiko also loves walking in the mountains and knows the Akita-Komagatake area very well.
She is from Niigata, but has lived in Akita for over 40 years. The Akita dialect, however, is too hard for even her to speak. 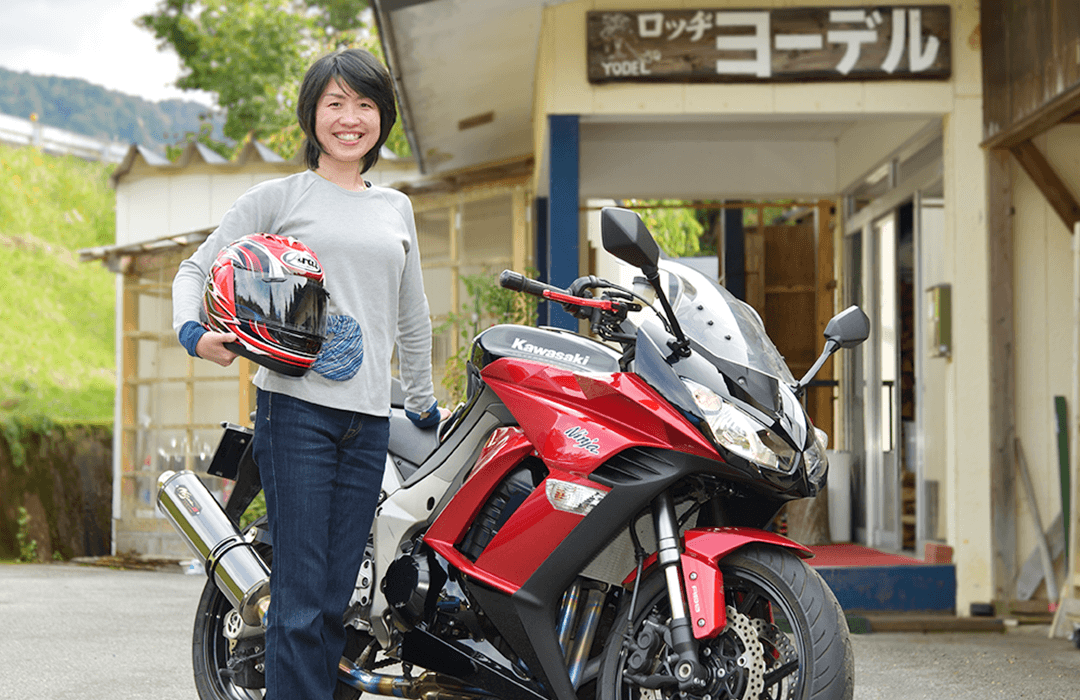 She loves Akita and motorcycles very much, especially Kawasakis. She owns a Ninja1000 and a KLX125.
Her favorite place to ride is around Lake Tazawa. She drops in along the road circling the lake whenever she takes her bikes out.
Sayaka was born and raised in Akita before moving to Tokyo for university and work. But she never forgot her native tongue, “Akita-ben”, the Akita dialect. She speaks Japanese, the Akita dialect, English and French.